Chapter Eternal is the place where we remember our Pi Mu brothers who have passed on. If you would like to notify us of the death of one of our fraternity brothers please email the webmaster.

On February 14, 2019, after a lengthy illness, Frater Timothy J. Moran passed away peacefully.  Tim was an integral part of our fraternity from the very beginning.  He is #19 on our Pi-Mu scroll, was a Past Prytanis and was an active alumni and board member right up to his death.

Sam Hoyt {a NYS Assembly Member} eloquently described Tim as a wonderful man with a huge heart and a great sense of humor. Saying he was one of the kindest, most caring and compassionate people he ever had the pleasure of knowing and knows that his commitment to social justice and equality for all will have a lasting impact in this community for generations to come.

We certainly believe that anyone who knew Tim would agree. 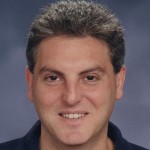 Fraters, Sorry to report bad news tonight. Frater Joe Prekker Scroll #61 passed into Chapter Eternal today, one day past his 51st birthday. He fought all the way to the end. Rest in peace my friend, my brother.

Yours in the Bond, Musky

Frater Peter M. Mellen left us and entered Chapter Eternal on June 1, 2015.  He passed suddenly and left a daughter.

Pete pledged in the Fall of 1989 as member of the PHI Class.  Pete was well liked and was always ready with a joke to lighten the mood while pledging. He is scroll # 118.

Peter was an avid golfer and past President of the Audubon Golf Club in Amherst, NY.

Sad news. Bill Ganley passed away in West Sacramento, California. He is Scroll # 110 and was initiated in April of 1989 and graduated in 1992.

Bill was a super guy, one of the nicest guys you would ever meet. He was in ill health for years and was a fighter. He also had law degree.

On August 25, 2009 Rafa Correra left us and entered Chapter Eternal.

I have some bad news to share, friends. Rafa – Rafael Correra has passed on. He died in Chicago Tuesday night after falling from a building. He fought for an hour in intensive care before subcoming to his injuries.

To those who knew him, he was a bright star who lit up a room with his presence…. He always brought humor, positivity, and fun with him everywhere he went. With his infectious smile he could always brighten up any bad day.

He will surely be missed- Chris C

Bill Roge who was one of our original founders on the scroll at # 26. Bill was a Captain in the NYPD.

Words cannot describe what a wonderful gentleman, scholar and Frater Dr. Phil was.  He was our friend, and a fantastic advisor.  He exemplified the principles of Love, Charity, and Esteem everyday. He is truly missed.

Salvatore is the father of Tommy, one of PI-Mu’s founders. Salvatores’ love of his son, the fraternity and his adopted sons is a cornerstone of the history of our chapter. Salvatore is #36 on our scroll.

Mike is #43 on our scroll. He pledged in the Spring of 1983 as part of the Theta Class. Mike grew up on Grand Island.
Michael was a great guy, friendly to all and always smiling and having a good time. Michael was also a Frater who would give you the shirt off his back if you needed it.

We will always remember you Mike… RIP

Rich Holman left us and entered Chapter Eternal. In October 1996, my best fraternity pal, Rich Holman (Pledge name: Bunyon — as in Paul Bunyon, because he always wore flannel), was killed in an automobile accident in Glynco, Georgia. Rich was seven weeks away from completing the Federal Parks Police Academy and would have graduated on his birthday. He was engaged to a girl that he dated all through college. When I think of Teke at Buffalo State, I think of Rich.- Chris M.

One Response to Chapter Eternal