Doug Wills – Teke of the Week

Hello, my name is Doug Wills, scroll #77.  I was one of the Omicron Pledges.  My pledge name was Gomer (Thanks a lot Mike Castagnola for recently reminding me of that…).  I graduated with a Mechanical Engineering Degree in the summer of 1988 from Buffalo State.

There is a lot that I’ve forgotten but there were some real good times had that I will never forget while I was a Teke at Buff State.  Like the Otis Day concert and everything that followed the next 12 hrs. or so, and who could forget the weekend at Allegheny State Park while I was a pledge. 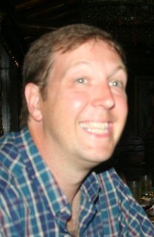 I was married in the summer of 1987 to Stacey.  After I graduated, we moved to Jamestown NY and my first real job was working as a Product Engineer for Blackstone Corp.  Soon after we moved into our first house we had our one and only child, a Son named Matthew.  We’ve moved between NY, Pennsylvania, and Michigan about 15 times, finally planting our feet firmly in Brighton Michigan, a suburb of Detroit.

Funny story, I actually ran into Ken Chassin in the old Detroit airport once while we were both traveling for work.  He was hopping down out of a shoeshine booth and I recognized his voice as I was walking by.  Small world!

I’ve worked for the same company now, Thermal Dynamics Corp., for over ten years making my way through the ranks to my current position of Vice President of Engineering and Sales.  My job continues to take me all around the country and around the world but I enjoy most of my time-off in Upstate NY.

Our Son is 6’8” now and is in his second year of College at Grand Valley State University studying Criminal Justice.  After he finishes his Bachelors degree, he plans to go to a police academy so he can qualify to be State Cop.  He was fortunate enough to get Stacey’s brains and is doing real good.   Thank goodness he didn’t take on any of my bad habits!

Hobbies:
About 5 years ago, my Wife and I bought some property on Seneca Lake and then shortly afterwards bought an old Victorian home just a few miles from the lake property.  We have been “bringing her back to life” so I guess you could say that has been my main hobby lately.  Now we stay there during the summer and holidays and finally get to enjoy the lake and the wineries that are in the Finger Lakes Region.

Stacey is an Elementary School Teacher and has the summers off so she spends all of her warm-weather time there and I come in for quick visits when I can.  It actually keeps our marriage strong, I feel like the Milkman!  I still love to ride motorcycles although my off-road riding/racing days are over.  I’ve been fortunate enough to ride with a lot of NASCAR celebrities and have been able to help raise money for the Victory Junction Gang Camp for many years.

Back in 2003 I rode from Mooresville NC to Milwaukee during the Harley Davidson 100th anniversary with a bunch of guys.  Our company designs and manufactures all the oil coolers Harley Davidson so they treat me real special.  This is the part of my job that I really love.

I was really looked forward to the Alum. weekend that’s coming up but unfortunately I’ll be leaving that same weekend on a trip out of the country for work.  Next year I’m going to make an effort to catch up with as many of you as I can and maybe even attend a meeting at school. 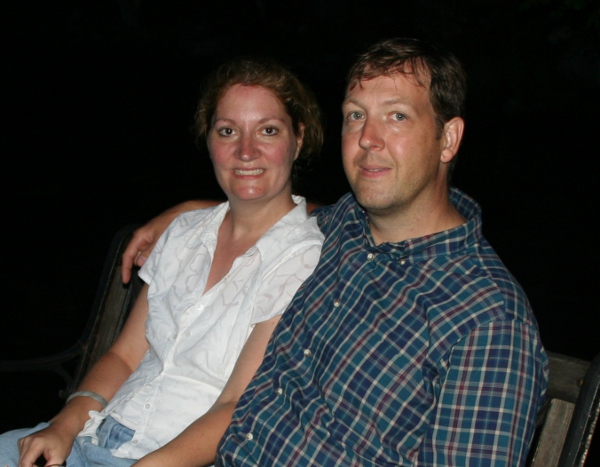 One Response to Doug Wills – Teke of the Week